Welcome to the
BE YOURSELF ACADEMY

“We support human centered companies in increasing the social, emotional and psychological well-being and the associated performance of their managers and employees in order to sustainably enrich the lives of others through our actions.”
Norman Gräter / Founder & CEO
P.S. Or to put it simply: Everything we do touches people deep in their hearts in order to support them advance their personal development easily and sustainably.

The satisfaction of many managers and employees continues to decline. Their connection to the company is falling rapidly. For decades, many companies have focused on increasing productivity while overlooking the mental health of the human being behind the manager and employee. The employee is not a title on a business card, but a person – with all their wishes, worries and topics. A Christmas bonus, a company incentive or a summer party do not solve the challenges.

Norman Gräter knows this very well. Many years ago he was part of a solution that worked less and less.

“For more than 16 years I worked as an event manager for companies like yours. In Germany & abroad. For budgets of 5,000 Euros and for a budget of 5 million Euros per event. Sometimes for 10 VIPs or for 3,000 guests. At some point I realize that there has been a change on the part of most customers (ie you). A creative idea that would have touched people’s hearts turned into an event that was driven by the purchasing department. It was no longer about the basic idea or even the people, but about the dear money. The events became more interchangeable, less important and the guests had often forgotten about them a week later, as we are all just rushing from one distraction to the next. At the end of the day, nobody was interested in whether the event took place or not. However, I invested my lifetime into it. The preparations sometimes ran for more than a year. Sometimes I spent more than 20 hours a day, many evenings and countless weekends with my work. For what?

While I was going crazy at work and often only physically present, I began to ask people about the secret of “success in life”. Not just any people, but extremely successful people and celebrities. Maybe you smile right now. However, Michelle Obama, Arnold Schwarzenegger, Alicia Keys and many others are terrific leaders. Whether they lead 65,000 people in an arena in one evening, an entire nation or inspire people with their ideas through their films – they all lead sometimes millions of people. Celebrities seem to do something special in a way that makes people want to go along with their ideas, clap, sing or do whatever else.

Due to my questions and their answeres I realized more and more what the secret of good leadership is. They all knew how to lead themselves, to take on personal responsibility and to devote themselves to the constant growth of their own personal development. I learned that it wasn’t because of other people or events that I felt good or bad. But it was solely due to my attitude towards an event or a person.

You can find the summary of the five most important keys in Norman’s success book I AM GRÄTER.

The power couple Norman Gräter and Anke Rehfeldt have successfully tested this knowledge on themselves for more than six years. Today, through the Be Yourself Academy, the two share their knowledge and personal experience of personality development and (self) leadership with companies that focus on people first. Human centricity, as they say in modern times.

Norman’s unique style has been awarded, among other things, with three European champion titles in public speaking, as well as the “Trainer of the Year 2017” award. In addition, his unique life story is currently being filmed in Hollywood.

If your managers and employees are to go about their work in a self-determined, courageous and motivated manner, then we have the tools to convey the necessary knowledge to them in a sustainable, emotional and authentic way.

Welcome to the “Be Yourself Academy – The world’s greatest inspirational resource”.

“I touch people’s hearts to help themselves by realizing and using their full potential. The inner emptiness and felt insignificance disappears, making everyone fall in love with themselves again without the fear of feeling rejected by others. Because it is precisely these possible opinions and perhaps old views of others that have meant that most people only live (experience) a fraction of their gigantic potential. By recognizing important facts and at the same time discarding old habits and views, people gain a new kind of authenticity and thus create a positive ripple effect for themselves and for all those around them. That is the drive of my being, which I pass on every day in my work with people of the heart, as well as in my lectures”.

Let´s create your personal story.
What triggers every person? Exactly. A story. Because stories trigger emotions and thus a connection to the other person. In order to build trust in others, emotion is the second most important building block next to your authority. I know that from my 16 years as an event manager, among other things. There I worked with the best in their field. Cirque Du Soleil, Blue Man Group, David Garrett, Anastacia and many others. So now is the time for your story to shine. We’ll show you how to be even more authentic. Just be yourself.

I was also awarded three times European Champion in public speaking and Trainer of the Year 2017. I inspire companies like PayPal, DACHSER, Bosch, Viessmann and many others worldwide with my emotional presentations. Would you also like to stand out from the gray crowd of competitors? Then let us advise you now.

Making people shine is my passion.
Whether as an award-winning entrepreneur in the beauty industry or as an intuitive life coach and certified human design coach. At the beginning of her more than 25-year business career, she took care of the external beauty of her customers. However, her perspective was then turned 180 degrees by a phrase from Coco Chanel.

“Beauty begins the moment you decide to be yourself.”
Coco Chanel

From this point on she has invested in herself and the development of a great personality to this day. Training, coaching and further education at home and abroad will continue to shape her coming years.

Listening, empathy and intuition are her extraordinary keys to success. Anke hears between the lines where and what the real challenge is with her customers. This makes her the perfect moderator for your interview and mediator for your meetings.

Find out the driving force of the “Be Yourself Academy – The world’s greatest inspirational resource”.

In this video, Norman Gräter explains what motivates and drives him every day for his customers.

Through our work we support the Unstoppable Foundation financially every month, which creates a safer and fairer world for all through sustainable education for children and communities in developing countries. Supporting people to help themselves is the key to start a ripple effect that helps all of us. That we practice every day in our work. 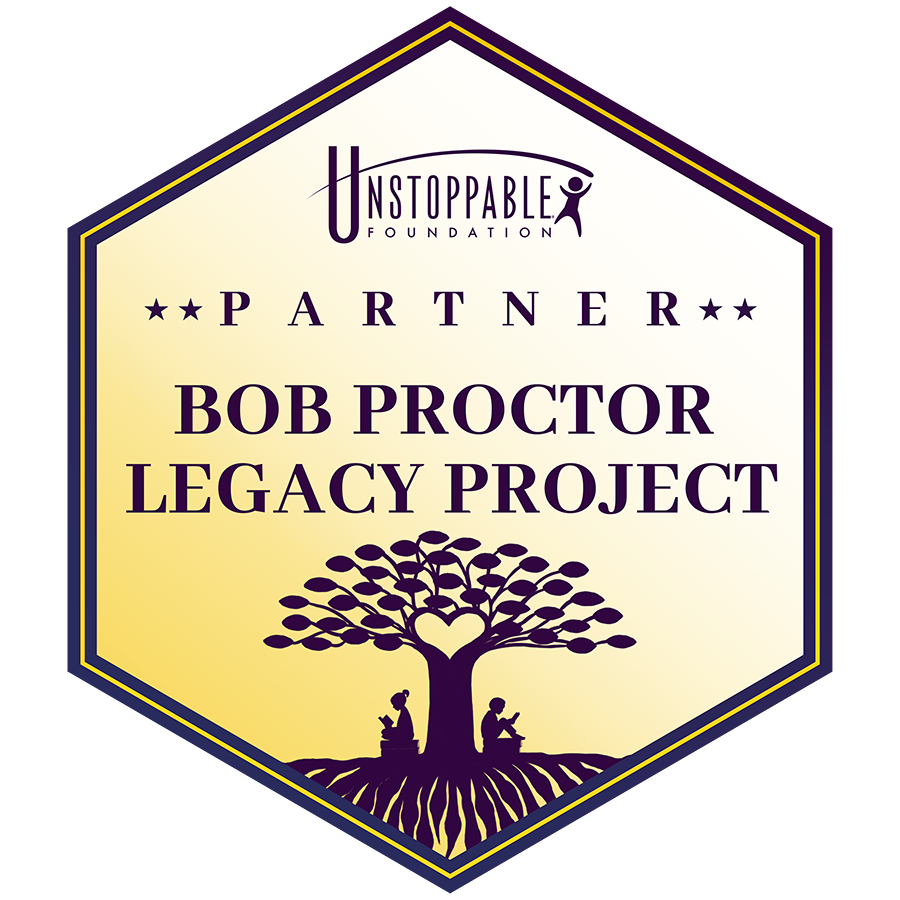 Get these five exercises for FREE

Your consent to the free sending of our e-mails can be revoked at any time via the "Unsubscribe" link at the bottom of each e-mail or to the contact details given in the legal notice. The dispatch takes place in accordance with our data protection declaration..

Get the Bonus for FREE now

Your consent to the free sending of our e-mails can be revoked at any time via the "Unsubscribe" link at the bottom of each e-mail or to the contact details given in the legal notice. The dispatch takes place in accordance with our data protection declaration..